We proudly offer Deka Batteries, as well as other popular brands.

* We do NOT sell Lithium Batteries* 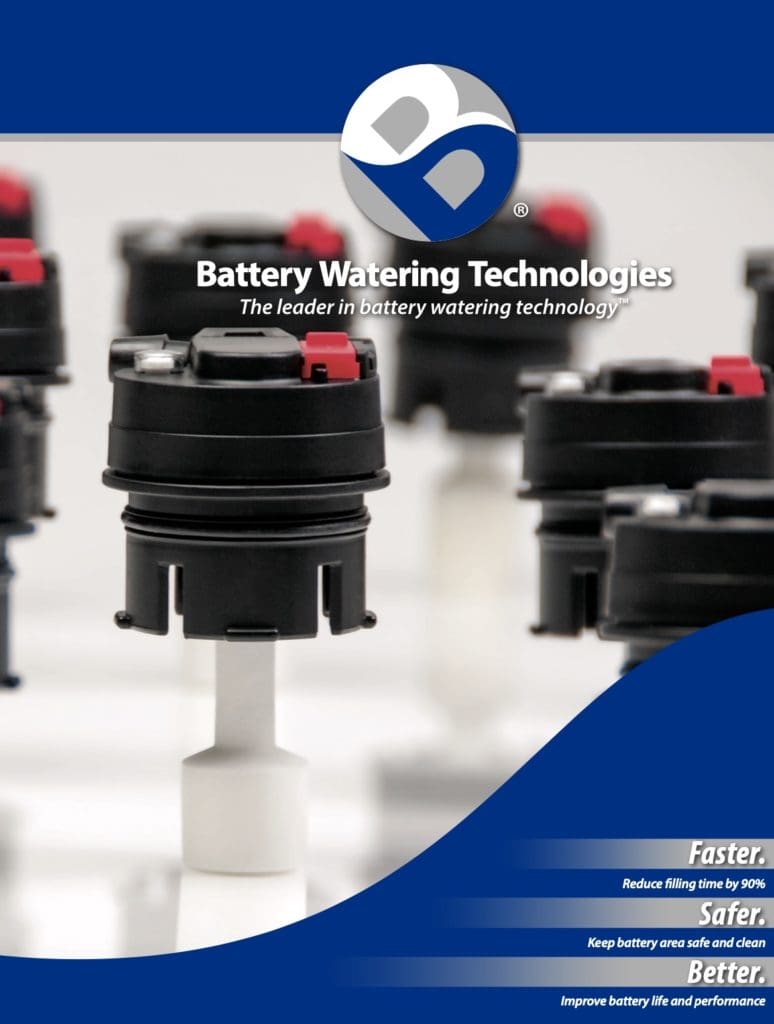 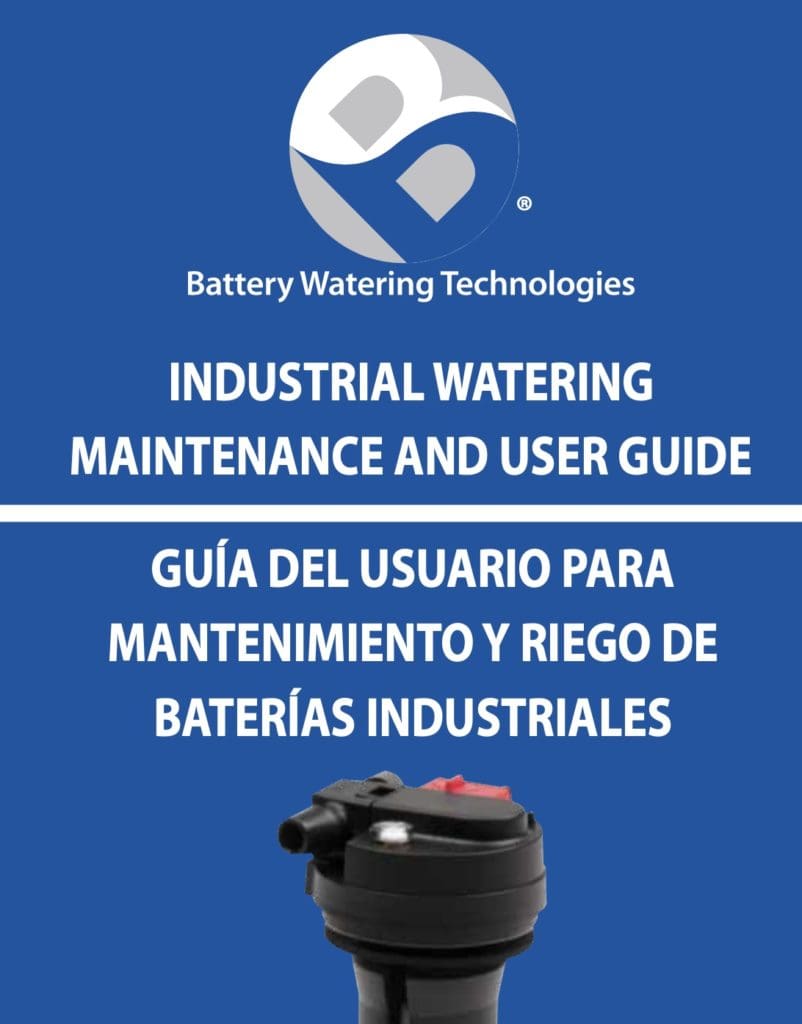 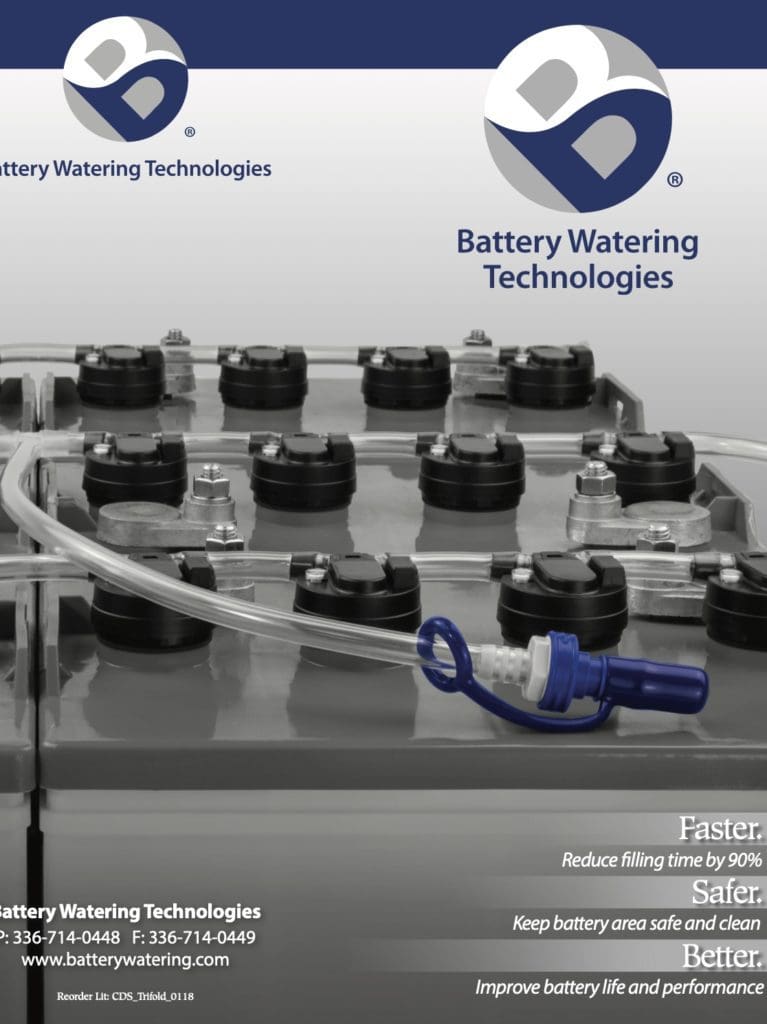 Trojan recommends the following equipment for use in battery care and maintenance:

Examine the outside appearance of the battery.
Look for cracks in the container.
The top of the battery, posts, and connections should be free of dirt, fluids and corrosion. (If batteries are dirty, see Cleaning section.)
Replace any damaged batteries.

Any fluids on or around the battery may indicate that electrolyte is spilling, leaching or leaking out.
Leaking batteries must be replaced.

Check all battery cables and connections.
Look closely for loose or damaged parts
Replace any cable that is broken or frayed
WARNING: Do not smoke near batteries

Tighten all wiring connections to the proper specification. Be sure there is good contact with the terminals. WARNING: Do not over-tighten terminals. Over-tightening can result in post breakage, post meltdown or fire.
If any specific gravity reading still registers lower than the factory specification, one or more of these conditions may exist:

Batteries in conditions 1-4 should be taken to a specialist for further evaluation or retired from service.

For accurate voltage readings, batteries must remain idle (no charging, no discharging) for at least 6 hours, and preferably 24 hours.
Disconnect all loads from the batteries.
Measure the voltage with a DC voltmeter.
Check the state of charge with the table below.
Charge the battery if it registers 0-70% charged.

If battery registers below table values, these conditions may exist:
The battery was left discharged too long.
The battery has a bad cell.

Batteries in these conditions should be taken to a specialist for further evaluation, or retired from service.

Water should only be added after fully charging, there should be enough water to cover the plates. If the battery. has been discharged (partially or fully), the water level should also be above the plates.
Important things to remember:
Do not allow plates to be exposed to air.
Do not fill the water all the way up to the cap.
Do not use water with a high mineral content.
Use only distilled or deionized water.
CAUTION: The electrolyte is a solution of acid and water, so skin contact should be avoided. 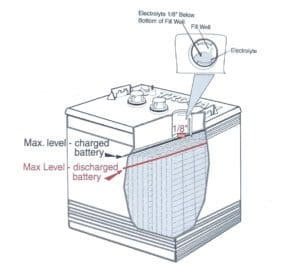 Check that all vent caps are tight.
Clean the battery top with a cloth or brush and a solution of baking soda and water. Do not allow any cleaning solution or other foreign matter to get inside the battery.
Rinse with water and dry with a clean cloth.
Clean battery terminals and the inside of cable clamps with a post and clamp cleaner.
Reconnect the clamps to the terminals and thinly coat them with petroleum jelly.
Keep the area around batteries clean and dry. 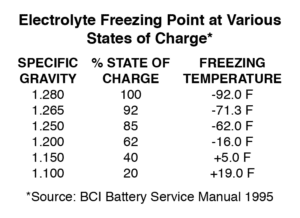 Important things to remember:
Become familiar with, and follow the instructions from, the charger manufacturer.
Batteries should be charged after each period of use.
Lead-acid batteries do not develop a memory and need not be fully discharged before recharging.
Charge only in well-ventilated areas. Keep sparks or flames away from a charging battery.
Verify charger voltage settings are correct.
Check electrolyte level. (See Watering section).
Tighten all vent caps before charging.
Do not overcharge or undercharge the batteries.
Never charge a frozen battery.
Avoid charging at temperatures above 120ºF.

WARNING: Do not equalize Gel or AGM batteries.

Equalizing is an overcharge performed on flooded lead-acid batteries after they have been fully charged. It helps eliminate stratification and sulfation, two conditions that can reduce the overall performance of a battery.

Trojan recommends equalizing only when low or wide ranging specific gravity (+/- .015) is detected after fully charging a battery.

NOTE: Many chargers do not have an equalization setting, so this procedure cannot be used.

How to increase system power 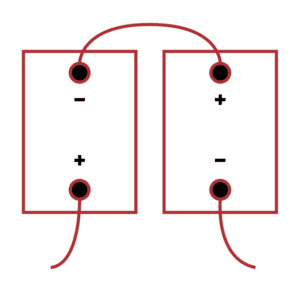 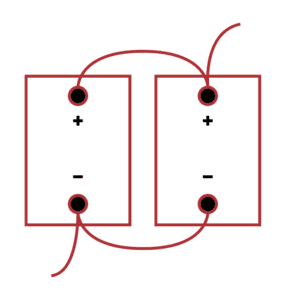 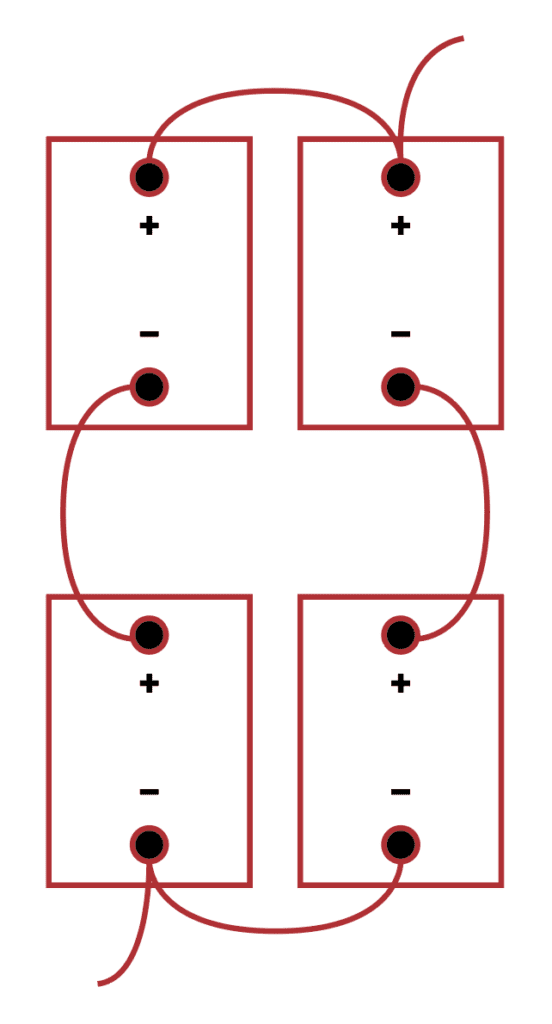 NOTE: These systems can also be configured using 12-volt batteries. It is not recommended that you mix batteries of different voltages within the same system.

Active material – In the positive plates, t he active material is lead dioxide. In the negative, it’s metallic sponge lead. When a circuit is created, these materials react with sulfuric acid during charging and discharging.

Ampere (Amp) – A unit of measurement for the electron flow or current through a a circuit.

Ampere-hour (Amp. Hr., AH) – A unit of measure for a battery’s electrical storage capacity, calculated by multiplying the current in amperes by the time in hours. (Example: A battery which delivers 5 amps for 20 hours provides 5 amps x 20 hours = 100 AH of capacity.)

Capacity rating – The time in minutes that a new, fully charged battery will deliver 25 amperes or 75 amperes at 80ºF and maintain a terminal voltage equal to or greater than 1.75 volts per cell.

Cell – The basic current-producing unit in a battery. It consists of a set of positive plates, negative plates, electrolyte, separators and casing. A cell’s nominal voltage is 2 volts. (Example: A 12-volt battery has 6 cells.)

Circuit – The path followed by a flow of electrons. A closed, or short, circuit is a complete path. An open circuit has a broken path.

Cycle – One discharge of a battery plus one recharge.

Depth of discharge (DOD) – The percentage of capacity actually removed from a battery compared to the total rated capacity.

Electrolyte – In a deep cycle battery, it is a dilute solution of sulfuric acid and water.

Equalization – An overcharge performed on flooded lead-acid batteries after they have been fully charged. This maintenance step helps eliminate stratification and sulfation.

Hydrometer – A tool used to measure the specific gravity of the electrolyte solution.

Ohm (Ω) – A unit of measurement for electrical resistance within a circuit.

Open circuit voltage – The voltage of a battery when there is no load attached (not receiving or delivering energy). This measurement is best taken when the battery has been at rest for at least 6 hours.

Secondary battery – An energy storage device that can deliver energy and can be recharged. (i.e. automotive or deep cycle battery.)

Separator – A divider made of porous material that is placed between the positive and negative plates in a battery cell and allows current to flow through it, while preventing direct contact between the plates which would cause a short circuit.

Specific gravity (S.G.) – A measurement of the strength of battery electrolyte by comparing its density to that of pure water.

Stratification – A condition where the concentration of acid is greater at the bottom of the battery than the top.

Sulfation – The formation of lead sulfate on the positive and negative electrodes.

Volt (V) – A unit of measurement for electrical potential within a circuit.

Watt (W) – A unit of measurement for electrical power.

Watt hour (Wh) – A unit of measurement for electrical power for a certain period of time.

Ampacity is the ultimate safe current carrying capacity of the wire before damage occurs to the insulation. These are suggested ampacities. Refer to the National Electric Code or your local code for correct wire size usage.

For more information, please visit www.trojanbattery.com or call 800-423-6569 and speak to our Applications Engineers.

Find Your Perfect Batteries For Your Needs

Our specialists will ask a few questions about your vehicle and recommend the best battery for you.