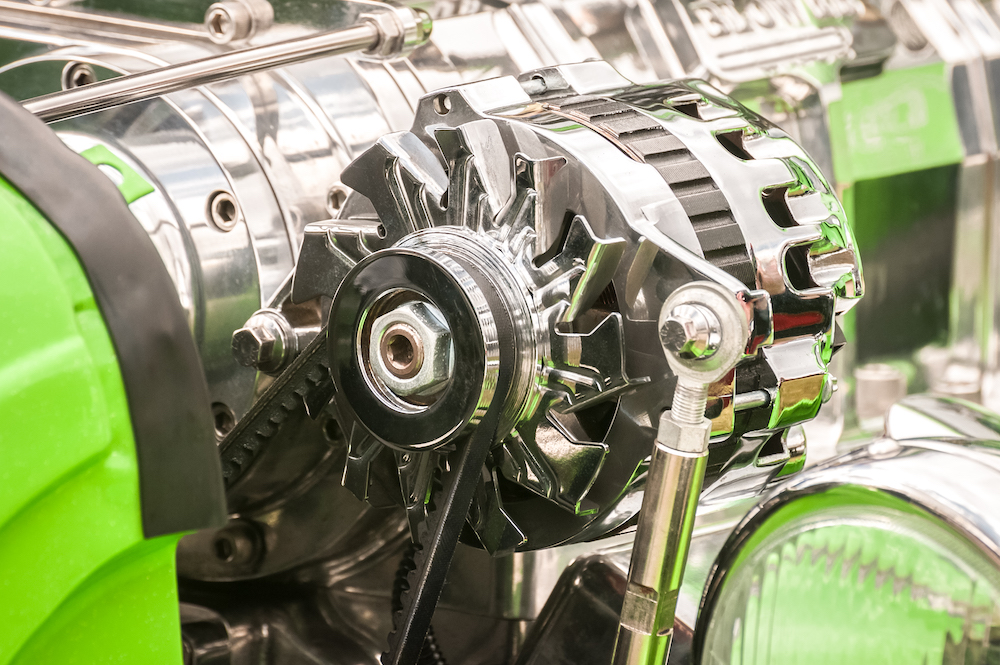 We rebuild alternators and generators!

WHICH ONE DO I NEED?

Even though they are both used to generate electricity, we generally think of alternators as parts of a car specifically used for the battery, and generators as a backup for something like a camping trailer or your own home in the case of an electricity outage. Overall, these comparisons are both pretty accurate!

Alternators and generators perform similar functions, but it’s important to know which one is suited best for your needs. Probably one of the most important differences between the two is that: Alternators cannot charge a completely dead battery, whereas generators can. Trying to charge a dead battery with an alternator can cause fires and additional damage to your motor.

WHEN DO I NEED ONE?

You will need to repair or get a new alternator if your car battery dies while running – this means the alternator isn’t providing the battery with enough of a charge to keep going.

One of the most common reasons to get a new generator is if your family size is getting bigger! The energy amount consumed by even one additional person can increase dramatically. On the other hand, you’ll need to maintain your generator like you would a car engine – which means that eventually, after so many hours of function and proper maintenance, it will eventually come to the end of its lifespan.

Check With Us For Your Alternator & Generator Needs!

Just let us know what your needs are and our specialists will advise you on the best course of action!